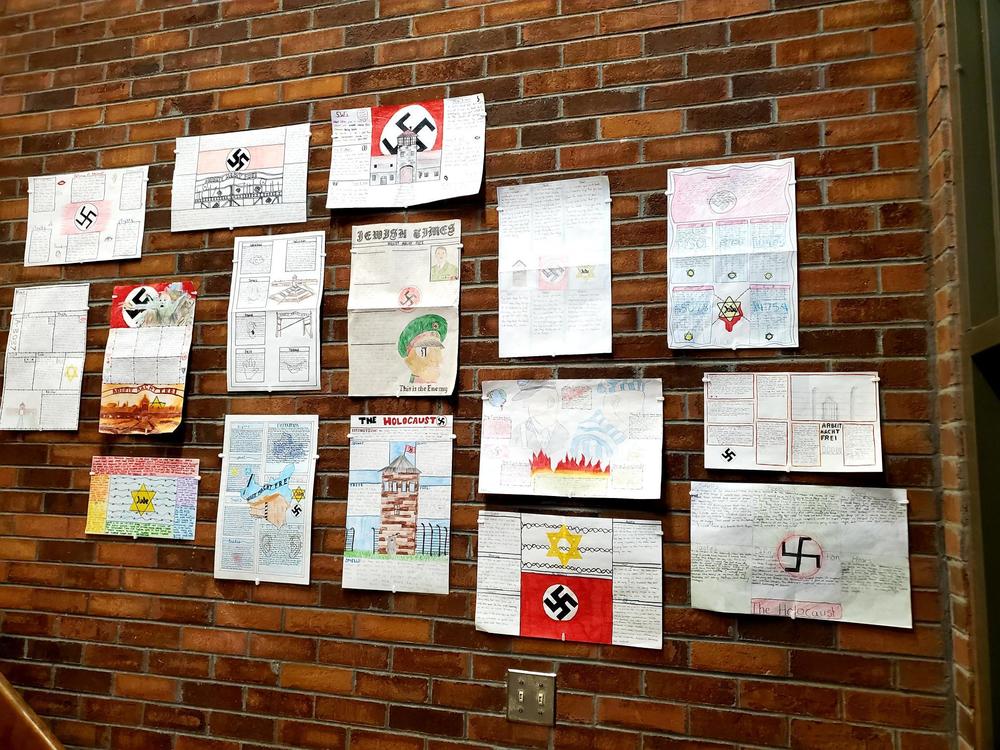 8th Grade students in 1st semester Social Studies class read the Holocaust novel "Night" by Elie Wiesel as part of their unit on World War II. After completion of the novel, students were asked to create a Sensory "Moment in Time" Project by placing themselves inside Germany during the time of Hitler and the Nazi Party's planned genocide of all groups of people deemed inferior or unwanted. Students were asked to use their 5 senses to create a list of experiences they might have seen, heard, smelled, tasted, and felt (either physically or emotionally) as a person targeted and persecuted by Hitler's Nazi led regime. Student responses were based on images and testimony from the classroom novel "Night", classroom notes and discussions, and independent research on the topic. As part of their project, each student had to include some images associated with the Holocaust or the six death camps created in Poland to carryout this sinister plan of human genocide. The results of their hard work led to some truly amazing and inspirational pieces. 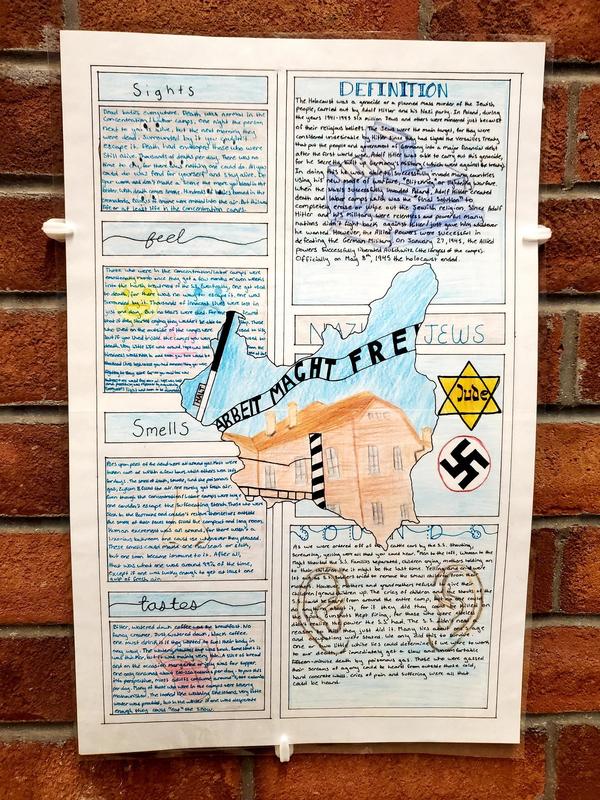 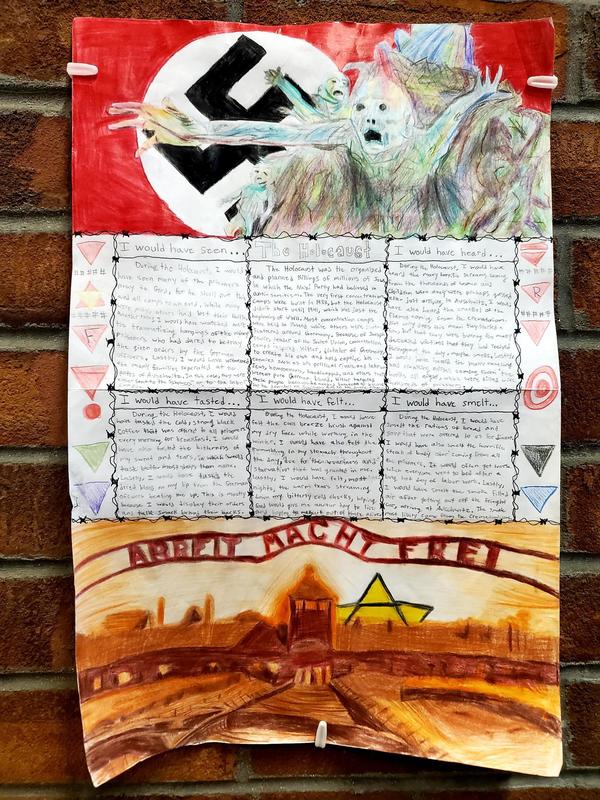 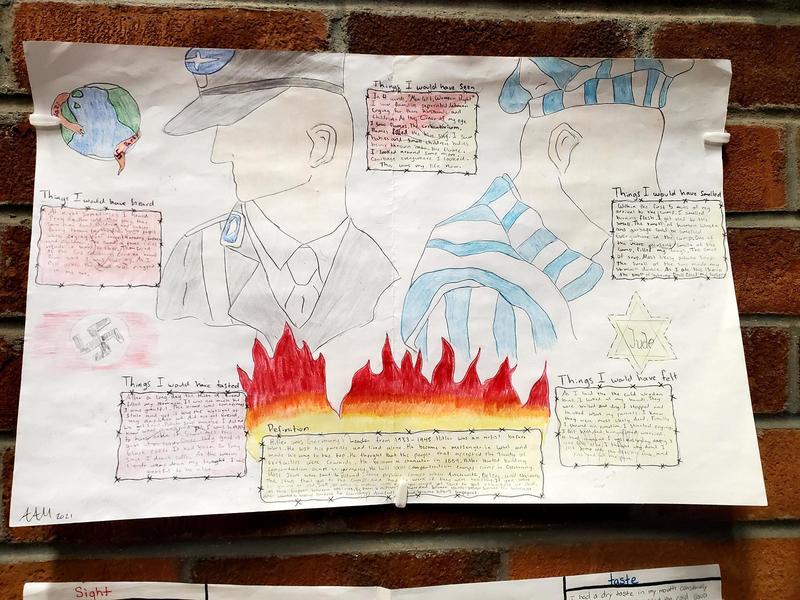